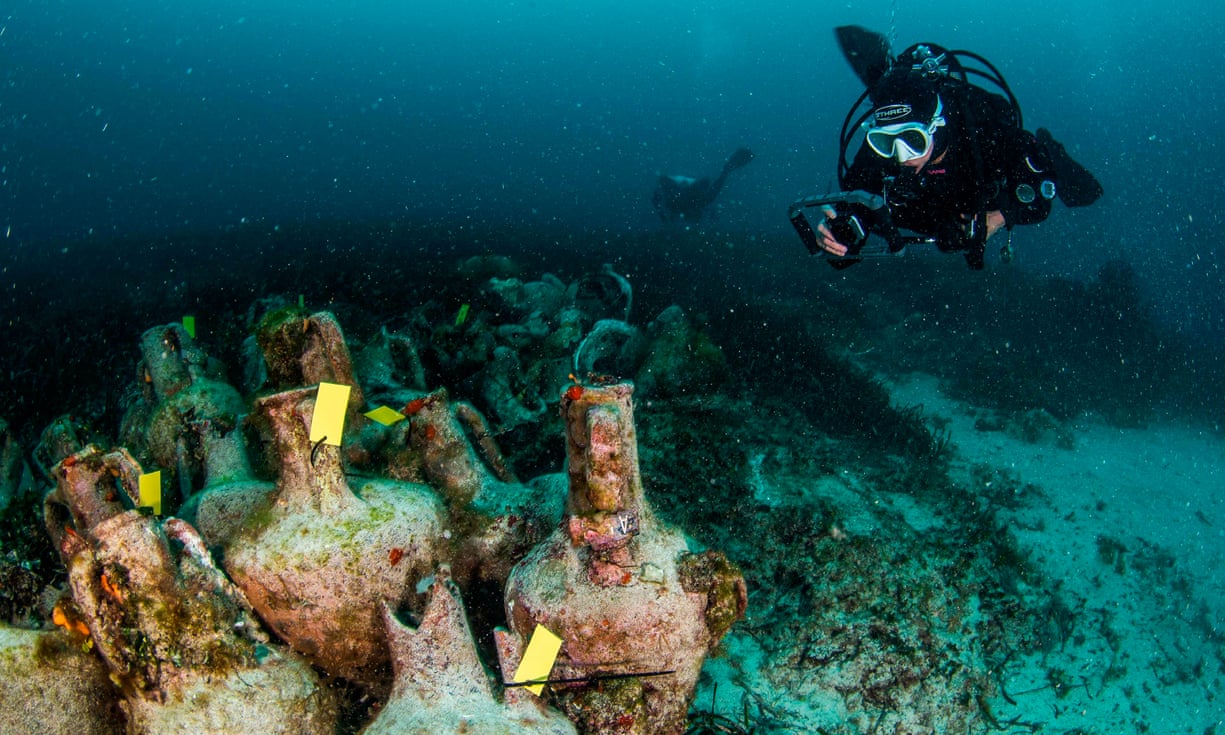 Greece has inaugurated its first underwater museum, a trove of fifth-century BC amphorae labelled the “Parthenon of shipwrecks”, off the coast of Alonissos island in the western Aegean.

The site of the wreck will be open to tours by certified amateur divers from 3 August to 2 October, while those who can’t dive can follow a virtual reality tour at an information centre in the main town of Alonissos.

Culture minister Lina Mendoni along with other officials attended the ceremony on Saturday.

“This wreck lies at 21-28 metres depth near the shores of the Peristera islet and contains 3,000 to 4,000 amphorae,” Maria Agalou, president of the municipal council of Alonissos, told Skai TV.

The trove of two-handled vases is believed to be one of the most important of its kind because most of them are intact. They were found by a fisherman in 1985.

The large merchant ship is believed to have sunk because of bad weather around 425 BC. It was carrying thousands of amphorae of wine from Chalkidiki in northern Greece and the island of Skopelos, Pari Kalamara, director of the Ephorate of Underwater Antiquities, said on Greek broadcaster ERT.

Developers v Durrell: the battle over Corfu’s ‘jewel of nature’ Read more “The amphorae are revealing the form of the ancient ship. This has been a big ship”, she said.

“We are offering to the humanity the Parthenon of shipwrecks”, Kostas Agorastos, governor of Thessaly region, where the island of Alonissos is located, said.

Authorities are planning on opening four more ancient shipwrecks in the area to amateur divers, aiming to form a diving park that will attract more tourists.